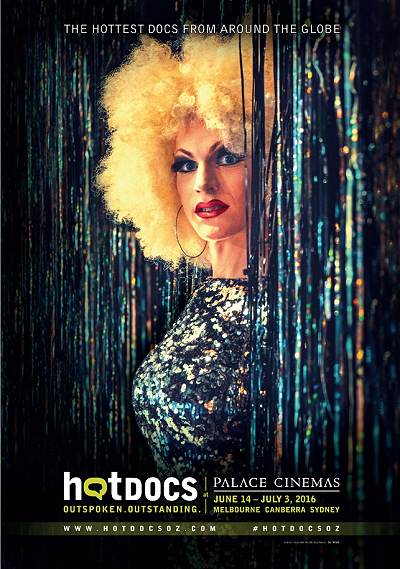 At the terrific Scorsese exhibition at Melbourne's ACMI in Federation Square a fellow film devote worried that there was just too much happening In Melbourne for the movie lover. I beg to differ. You need to revel in the variety and be strategic in your diary entries. So get that diary out and consider the programme of films being shipped from Toronto's ground breaking Hot Docs season. It starts in Melbourne on June 14 until June 29 with screenings at Palace cinema's Como Prahran and Westgarth in Northcote.

Hot Docs is the biggest festival of documentaries in North America showing 200 films from Canada and global filmmakers to an aggregates audience of 200,000 people from April 28 to May 8.

The $35 million for historic Lindfield Studios goes to 20th Century Fox and Disney amongst rumblings from local Australian filmmakers and opposition Legislators.

The sale money for historic Lindfield studios in Sydney has been handed to 20th Century Fox and Disney for the sequel of Prometheus and the next Thor blockbuster to be made in Australia. 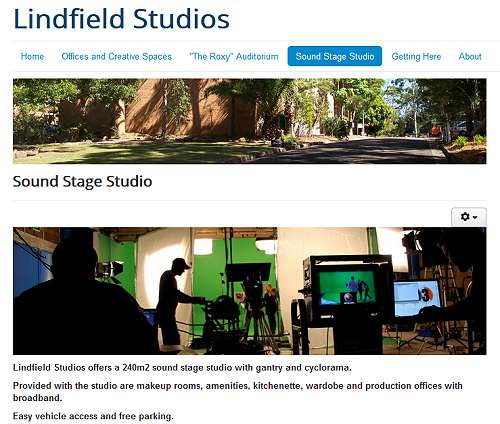 The money is only part of a package promised to the producers by the Australian Government. The total sum promised is a $47 million lure to shoot in Australia with the remaining $12 million being shaved off the budgets of Screen Australia and the Australian Sound and Film Archives.

Victoria, Star of the Silver Screen

Victoria is increasingly becoming a location of choice for film and TV producers from around the country, and around the globe. The purpose built Docklands Studios Melbourne provide excellent production, construction, costume and sound facilities, and combined with the state's depth of acting talent, crews, post-production and VFX expertise, Victoria is a one-stop-shop for producers. (Read more ...)


Remakes: The Dirty Word Of Cinema

Shaun Meeks writes: Movies all require a villain. Real life is no different, and in Hollywood the villain's name is remake. Good or bad, people judge these movies long before they see a second of the trailer or the movie itself. They hear one of their favorites or even one they've never even heard of is being remade and the groan sounds. That exasperated noise is soon followed by the words "Hollywood is out of ideas". I've heard it too many times to count. (Read more ...)

David Gerrold writes: in the golden days of moviemaking, when you had well-trained guys crafting scripts, the stories were carefully constructed so that characters were motivated, events were logical, and stories had a specific inevitability from beginning to satisfying end. You got closure. Moviemaking was not just an art, it was a specific craft. Good writing was the foundation on which great movies were made. (Read more ...)

Karl Martin writes: Not every movie or show can be shot in the controlled environment of a sound stage or a convenient drive from the heart of Los Angeles. And while places like Atlanta and New Orleans are popular destinations for production projects, they don't yet support enough of the necessary specialists to fill out a crew with locals. And so if you are a production professional in any one of a number of capacities and you like to travel (or are willing to travel, like it or not), the studios will offer compensation to make it worth your while. And while the allure of many months' secure work, travel and per diem are undeniable, there are aspects of location work - good and bad - that one's more likely to discover than anticipate. (Read more ...)

Terry Frost writes: Westerns were on my radar very early in childhood. In the first years of the 1960s you couldn't turn on a television without seeing Gene Barry, Richard Boone, James Garner, Steve McQueen, Clint Walker or dozens of other knights without armour in a savage land striding down the main streets of Dodge or Tombstone to face down character actors who had robbed stage-coaches, run sheep herders off their land, stolen maps to gold mines or poisoned a farmer's well. (Read more ...)

Ali Kayn writes: Food could be used as a metaphor, I guess. We eat from necessity, for pleasure, to compensate for loss, to share a rite, to participate in that ancient of communal activities: 'the breaking of bread'. That's a lot of opportunities for storytellers (and film-makers should be story-tellers) to develop their themes. (Read more...)


I Love the Night Life: Catharsis in the Cinema

I don't know that it's necessary to have a good cry during a film to feel a cathartic release when it's over. There's nothing like the feeling that you've been through something.

Now today there are a lot of movies that try to create the illusion of an experience with loud noise, fast movement and strident soundtracks. These films (and film-makers) try to substitute a sympathetic adrenaline rush instead of the experiences of sympathetic human emotions. What is it, who is it, that lacks the empathy to take a trip with a character? (Read more...)

Films are like chocolates. There are some people who abstain -- not good for you. There are those who nibble occasionally -- a savoured treat. And then there are those to whom it is a food group, perhaps an addiction. Not for them the odd Saturday night flick, no, they need an almost daily supply. They are the attendees of marathons and festivals.

For the latter, films are like strings of pearls, each one suggests the next. Same writer, same director, same actor, same theme, same place, or opposites. (more ... )

It's not surprising that when the American government set out on a cultural cleansing they attacked the creative community. It is the nature of creativity to SEE. The creative process is about taking the world and showing it in a different way. This is what we call reframing, like the pictures that could be a young woman or an old crone depending on where you look. Fiction and non-fiction both are at their best when they reframe, when they take what is generally believed and show it to be something else. For those who are in power, who want things to be seen their way creative, independent thinkers are the great evil.

On the other hand, to the creative, to the independent, to those who want to do good, those who wield the hammer of power without conscience or remorse are the true evil-doers.

From time to time among the dross of mindless, sensation-driven flicks; glossy, shallow, thoughtless blockbusters and sticky-sweet escapism there can be found a message of value. (continued ...)

I make a point of looking for good and bad, writing the balanced report. But who am I kidding here? Sometimes even the popcorn sucks. click here for more ...

There are some movies that express a deeply felt belief, recover a long lost memory, dredge up past tears, or shock us into sudden empathy. Movies that move us.
Click here for more

Ali Kayn Says: Sitting through the Emmy awards is an emotional experience. Surprise at some of the decisions, complacency at one's ability to pick the winners, embarrassment on behalf of the presenters who struggle with some of the worst-written would-be-humour on the small screen ("We told them it wouldn't work": George Clooney). And gratitude. Click to read more

Danny Heap says: I am really getting sick of the way advertising movies is handled. We've replaced the manic hyperbole of fifties and sixties cinema with a newer, more devious, 'get them in at any cost, even if you have to wreck the movie' attitude. It doesn't seem to matter to these companies if the adverts for their product give a totally false impression of the film or, even worse, show you the ending. (Click to read more...)

Movies are like that. Ask a friend if they liked a given film - say for argument's sake Men in Black - then if he or she gives it a good rap, ask them why it was good. Three out of five times, you'll get them in to the kind of mental short-circuit that says "I just did". (click to read more...)

Mark Morrison says: Fu followers know that Hong Kong cinema fires on more cylinders than its pale little Hollywood cousin will ever aspire to. The Hollywood money men know it too, and have been inviting HK's finest and fastest to come across to make movies in America. (Click here for more...)

The First Commandment: Do Not Bore Your Audience

Danny Heap writes: The first question I ask myself is "Was I bored?" A film can be bad but hugely entertaining. Why else would films like Plan 9 from Outer Space and Terminator 2 still play to packed cinemas? (Click here for more...)

Ali Kayn interviews Peter Fonda and Jerry Lewis in Melbourne, and says: "You expect a performer to work the room on stage, but I enjoy watching performers work the room at press conferences and autograph signings." (Click here for more...)

Ali Kayn writes: Peter Fonda flashes a smile in the foyer of Melbourne's Cinema Nova. He's jet lagged-to-hell, but for a moment he's forgotten the gruelling round of theatres and meeting rooms. Nicholson and Fonda, side by side, in dark glasses and smiling teeth would fill an entire room.
Click here for more

Ali Kayn writes: Relaxed and casual, the consumate performer on stage and at a press conference. He breaks the ice, making the press corps comfortable. "It's like the Nuremberg trial", Jerry Lewis said facing the cameras. All press conferences, he explained, begin the same way: with a staring contest between the press and their subject. (Click here for more...)


And if you have an opinion about a movie, don't forget to let us know. E-mail us, or click on the "your view" button.

To keep up to date on our giveaways (and read other movie news, reviews and watch trailers), check out our Facebook page